Pakistan is located in South Asia and is at the junction of Central Asia and the Middle East, which gives its location great significance. Pakistan’s total land border is 6,774 kilometers long and it borders four countries. Pakistan borders India in the east, Afghanistan, and Iran in the west and China is situated in the northeast. While surrounded by land from three sides, the Arabian Sea lies in the south. Here we will focus on Pakistan’s international borders and some interesting facts about them. 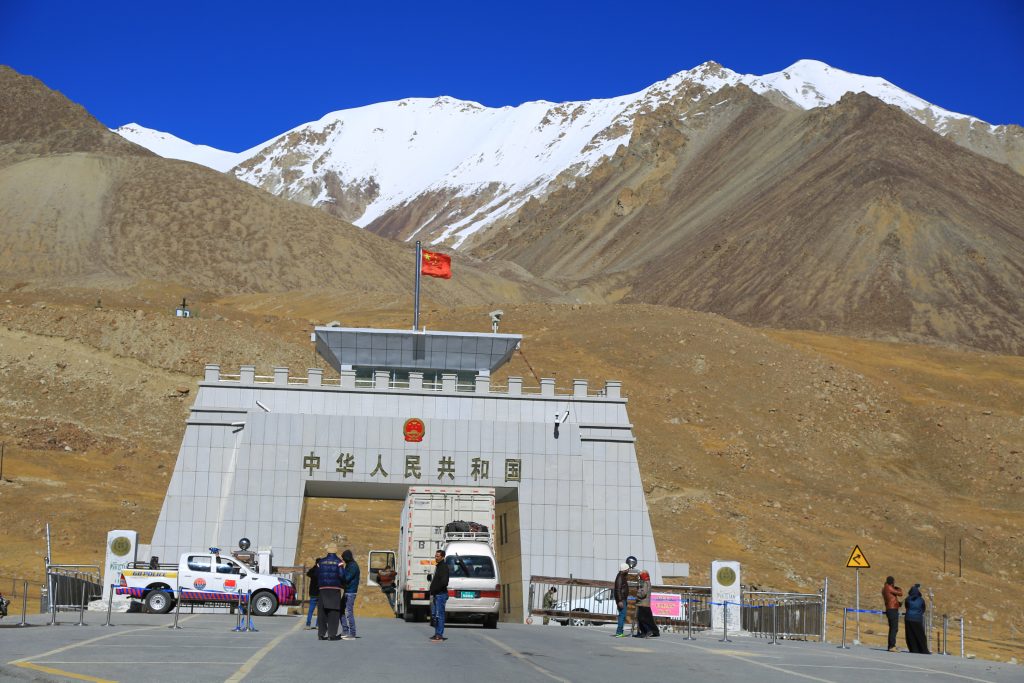 The border between Pakistan and China is nearly 523 kilometers long and is situated in the northeast of Pakistan. A number of agreements took place between 1961 and 1965 in which the borderline was determined between the two countries. The famous agreement called the Sino-Pakistan Agreement or the Sino-Pakistan Frontier Agreement was passed in 1963 between Pakistan and China, according to which both countries agreed on the border between them.

The China–Pakistan border is 438 kilometers and runs west-east from the tripoint with Afghanistan to the disputed tripoint with India near the Siachen Glacier. It traverses the Karakorum Mountains, one of the world’s tallest mountain ranges.

Located at 4,600 meters above sea level, the China-Pakistan border crossing, which goes over the Khunjerab Pass and the Karakoram Highway, is the highest and, consequently, one of the most beautiful borders in the world. The journey is quite easy and it only requires a little preparation but, due to the strict measures imposed by the Chinese authorities, you will need an extra dose of patience. Pakistan-China border crossing at Khunjerab Pass, the highest border in the world.

The Radcliffe Line became the official border between Pakistan and India on August 17, 1947. As the border was established by Sir Cyril Radcliffe the chairman of the Indo-Pakistan Boundary Commission, therefore, it was named after him. The Pakistan-India border is almost 2,912 kilometers long. When discussing the Indo-Pak border, Wagah is an important place for both countries. It is the only road border crossing between India and Pakistan and lies on the Grand Trunk Road between the cities of Amritsar and Lahore.

Wagah is also famous for ‘the lowering of the flags’ ceremony which is held there every evening and is witnessed by a large crowd from both the nations. Wagah is actually a village from which the Radcliffe line was drawn separating India and Pakistan.

The India–Pakistan Border, known locally as the International Border (IB), is an international border running between India and Pakistan that demarcates the Indian states and the Pakistani four provinces. The border runs from the Line of Control (LoC), which separates Indian-administered Kashmir from Pakistan-administered Kashmir, in the north, to the Zero Point between the Indian state of Gujarat and the Sindh province of Pakistan, in the south.

Drafted and created based upon the Radcliffe line in 1947, the border, which divides Pakistan and India from each other, traverses a variety of terrains ranging from major urban areas to inhospitable deserts. Since the independence of India and Pakistan (see British India), the border has been a site of numerous conflicts and wars between each country and is one of the most complex borders in the world. The border’s total length is 3,323 km (2,065 mi), according to the figures given by the PBS; it is also one of the most dangerous borders in the world, based on an article written in the Foreign Policy in 2011. It can be seen from space at night due to the 150,000 floodlights installed by India on about 50,000 poles

Attari and Wagah is the most famous and prominent border crossing point between India and Pakistan due to the Wagah-Attari border ceremony. The crossing is located 32 kilometers from Amritsar and 24 kilometers from Lahore.

Munabao: This village situated at Barmer district in Rajasthan, is famous for the railway station through which, the Thar Express connecting India with Pakistan runs. The crossing point had been closed after the Indo-Pakistani War of 1965. In February 2006 it was reopened and since then the Thar Express operates from Bhagat Ki Kothi in Jodhpur, India to Karachi, Pakistan.[8] 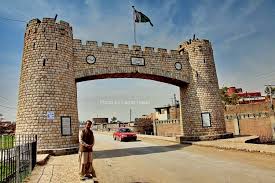 Southern and eastern Afghanistan is predominately Pashto-speaking, like the adjacent Khyber-Pakhtunkhwa, Federally Administered Tribal Areas, and northern Balochistan regions in Pakistan. This entire area is inhabited by the indigenous Pashtuns who belong to different Pashtun tribes. The Pashtuns were known as (Pathans in Pakistan and India) and have lived in this region for thousands of years, since at least the 1st millennium BC.

The Durand Line border was established after the 1893 Durand Line Agreement between Mortimer Durand of colonial British India and Amir Abdur Rahman Khan of Afghanistan for fixing the limit of their respective spheres of influence. The single-page agreement, which contained seven short articles, was signed by Durand and Khan, agreeing not to exercise political interference beyond the frontier line between Afghanistan and what was then the British Indian Empire.

Shortly after the demarcation of the Durand Line, the British began connecting the region on its side of Durand line to the vast and expansive Indian railway network. Concurrently, the Afridi tribesmen began to rise up in arms against the British, creating a zone of instability between Peshawar and the Durand Line. As a result, travel across the boundary was almost entirely halted, and the Pashtun tribes living under the British rule began to orient themselves eastward in the direction of the Indian railways. By the time of the Indian independence movement, prominent Pashtun nationalists such as Abdul Ghaffar Khan advocated unity with the nearly formed Dominion of India, and not a united Afghanistan – highlighting the extent to which infrastructure and instability began to erode the Pashtun self-identification with Afghanistan. By the time of the Pakistan independence movement, popular opinion among Pashtuns was in support of joining the Dominion of Pakistan.

The border between Pakistan and Iran is also called the Pakistan-Iran Barrier and is 909 kilometers long. A concrete wall (three feet thick and 10 feet high) is currently under construction and would replace the bordering fence. The wall holds a controversial position as the people of Balochistan oppose its construction as many of their lands are situated at the Pakistan-Iran border and the wall would create hindrances for them.

The Iran–Pakistan border is the international border between Iran and Pakistan, demarcating Pakistan’s Balochistan province from Iran’s Sistan and Balochistan Province; it is 959 km (596 miles) in length. Since circa 2007 Iran has started constructing a border barrier as a replacement for an intermittent tattered border fence.

The border begins at the tripoint with Afghanistan at the Kuh-i-Malik Salih mountain, then follows a straight line going south-east, then a series of mountain ridges, seasonal streams and the Tahlab river south-west to the vicinity of Hamun-e Mashkel lake. The boundary then veers sharply southwards via a series of straight lines, then east along some mountains to the Mashkil river, which it follows southwards, before reaching the Nahang river which it follows westwards. It leaves the Nahang and then goes overland via various mountain ridges and straight-line segments southwards to Gwadar Bay in the Gulf of Oman.

On the Pakistani side, the Punjab Rangers are responsible for looking after the border security and Immigration.

The fence along the border

The Arabian Sea
The Arabian Sea is located south of Pakistan with a coastline of 1,046-kilometres. Pakistan’s Indus River drains out in the Arabian Sea. The Arabian Sea also serves as an important trade route between Pakistan and other countries, and Karachi is the major port city for conducting trade.